I am writing this analysis from the perspective of one who wants to advance constitutional, limited government and conservative values in the Texas legislature, to protect Texans from the globalists and Marxists who have captured DC and other institutions, and to implement the legislative priorities of the Republican Party of Texas (RPT).

I started primary season with this question:  “What can we do to change the culture of the Texas House to be more beholden to the priorities, principles, and platform of the RPT and the voters of their district and less beholden to the Austin Swamp and the Democrats?”  In other words, I recognized that there is an eternal war between the establishment / special interests / cronies / swamp and the grassroots and wanted to tilt the balance in that war to the grassroots.

My answer was that to the degree possible, we in the grassroots should replace as many of the worst of the establishment-controlled legislators as possible.  In the 2022 electoral cycle we were presented with opportunities that do not come along very often.  First, larger numbers of House members are leaving the body, including some longtime stalwarts for the establishment, creating a larger freshman class in the next legislative session than normal.  Redistricting added to that shakeup, forcing incumbents into partially new districts.  Second, the national zeitgeist is definitely blowing in a Republican direction, meaning a number of Texas House seats currently occupied by Democrats are in play in the general election.

So this article will focus on two main areas – 1) how will the Republican turnover tilt the balance between the Austin swamp and the grassroots?   2)  how many current Democrat House seats have the potential to flip Republican in the general election in 2022? 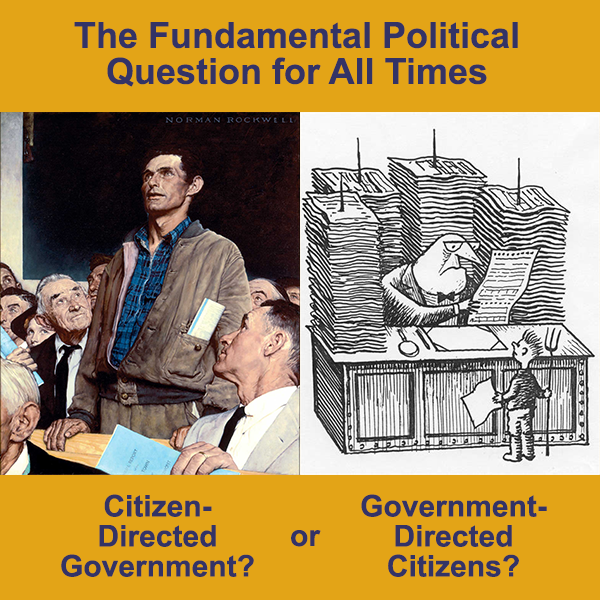 If a red surge does not flip marginal Dem seats to Republican in November (the possibilities of which are discussed below) there will be a net three additional Texas House seats occupied at the beginning of the 88th Legislature compared to the 87th for a total of 88 Republicans.  Two of the flips to Republican occurred before primary season.  Two other seats were solidly redistricted D to R, but a step backward from R to D happened to take out grassroots champion Jeff Cason.

I will do my evaluation on the basis of the sixteen 87th Legislature Republicans that are not returning to the 88th.  Classification of whose team a Rep is on is a tricky, but important business.  I use my own metrics in that assessment.  I will let you do your own.  But figuring out where a legislator is on the sliding scale of establishment champion to grassroots champion is important in changing the culture of the Texas House.

Five of the House members that will not be returning this session were active, powerful, committed servants of the establishment.  I would count three who we have lost as liberty champions.  And another three that were usually there for the grassroots.  The other five were followers who usually did whatever leadership told them to.

How did we do in holding our own with champions and grassroots leaning nominees?  I will count the two Republicans who had flipped the seat to Dem in with this analysis, meaning that I am analyzing 19 Republicans new to the Texas House in the 88th Legislature in 2023.   Recognize that many freshman arrive intending to do the right thing, but the swamp goes to work on them immediately, telling them that they have to ignore the voters who voted for them and the party on whose ballot they ran and play ball with the swamp if they want to accomplish anything or be anybody.  My estimate is that we replaced the three champions with three more.  And we are starting with eight who lean grassroots, producing a net gain of five grassroots-leaning House members.

And how did the establishment do in replacing their team?  By my estimates, they won with three that are virtually guaranteed to be top establishment water carriers, for a net loss of two.  And they replaced their establishment leaning contingent exactly.

Here is a chart summarizing my overall analysis:

My conclusion of this analysis is that there is a low likelihood of a change in the establishment-dominated culture of the Texas House in the 88th Legislature.  I suspect there is almost no chance of even a challenge to the current Speaker, and an even lower chance that a challenge would prevail.

It is possible, but not probable, that Speaker Phelan will comply with 2022 GOP Primary Proposition 6 which called for ending of the awarding of chairmanships to Democrats that 81% of the GOP primary voters called for – not because Phelan fears the GOP primary electorate – but because he does not feel the need to form a coalition with the Dems to retain the job.

Phelan faced the terrible math problem last session where there appeared to be enough Republicans who were willing to repeat the Straus strategy of taking a few betraying Republicans to team with the Dems to produce a speakership.  The formula is the delta between D’s and the 76 majority needed to gain the speakership vs. the number of Republican betrayers.  Last session there was only 9 member gap and there appeared to be more betrayers than that to Phelan and his team.  But this session there will be at least a 12 member gap and I can identify only six betrayers that might try the old Straus gambit.

Speaker Phelan may be feeling burned by the way the Dems treated him and the Republicans last session.  I bet he remembers the three grueling special sessions made necessary in large part because of the use of every tool – including a walkout - the Dems possessed to try to stymie conservative bills they opposed.

This does not mean all is lost for conservative causes or the RPT Legislative Priorities that will come out of the upcoming state convention.  We learned from the constitutional carry issue that an organized, concerted push on a conservative priority can break through establishment opposition.  And it is my assessment that despite the culture not changing much, because of the freshmen who have not yet been seduced to the dark side, this Texas House is still more primed to pass conservative priorities than we have seen in a long time. 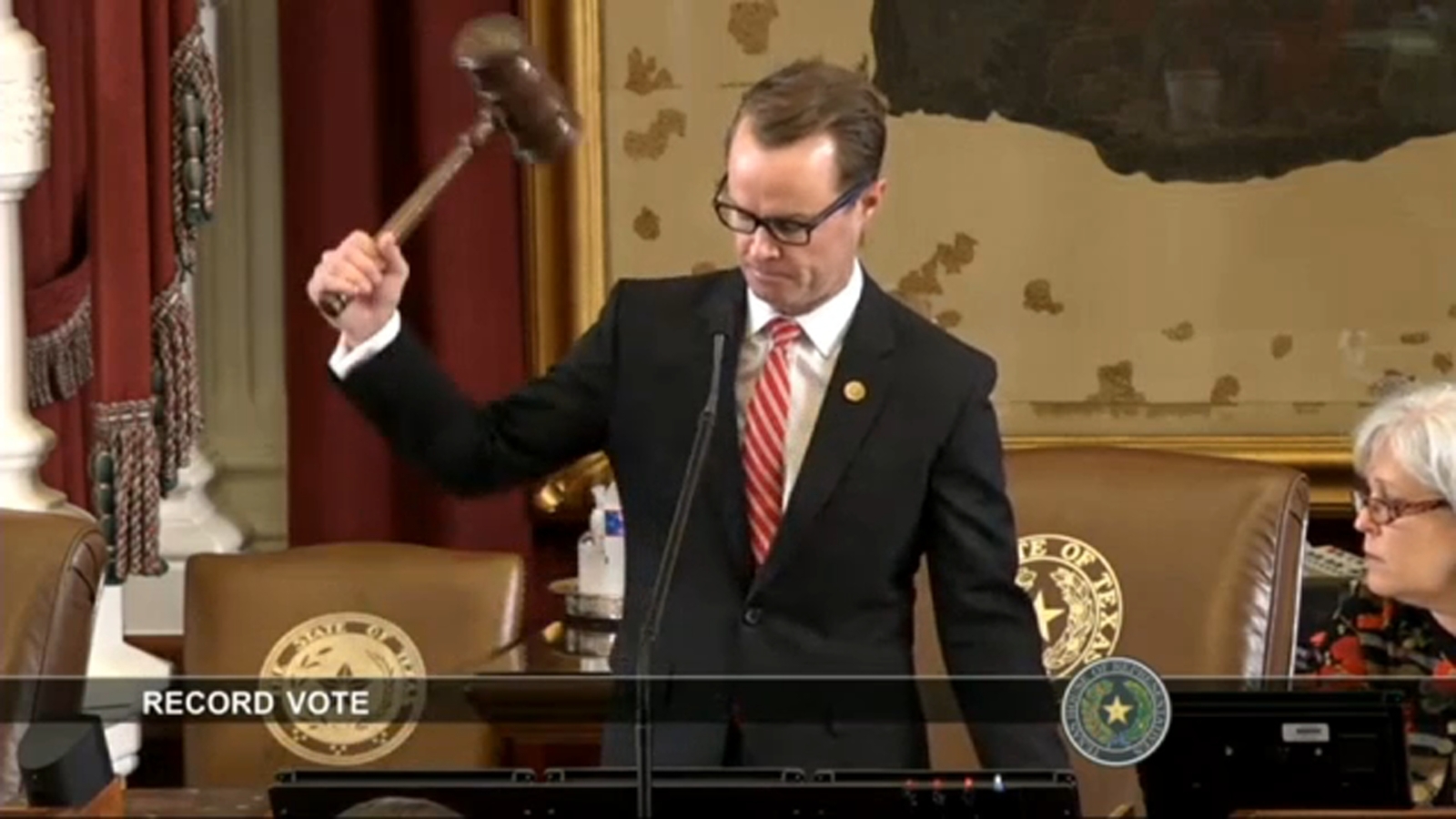 The Upside – What Are the Prospects for Bigger Republican Majorities in the Texas House in 2023?

With the one exception of HD 70 in Collin County, the configuration of the districts after redistricting make it highly likely that the numbers presented will be the results in the general election.  The GOP nominee in HD 70, Jamee Jolly, has the most contested of those races with an open, redistricted seat that is actually considered to be tilting toward Democrats by 1 percentage point.

But given the abysmal performance of the Dems who captured DC in 2020, there is likely to be a red wave in the 2022 general election that reverses a lot of recent past movement toward the Dems in Texas.

There are nine seats besides HD 70 that after redistricting lean Democrat given recent past performance, but have the potential to flip from Democrat to Republican during a strong red wave.  If we get our election integrity ducks in a row, that can help in these districts, too.

Here is a table about those nine seats:

Funding, of course, will be needed for the GOP challengers in these races.  It appears that school board trustee Janie Lopez (HD 37 – San Benito), Katherine Parker (HD 74 – Alpine), Melisa Denis (HD 115 – Coppell), Kay Smith (HD 148 – Houston), and maybe Michelle Evans (HD 136 – Round Rock) have the best chances of raising the money needed to prevail.

Republicans in general and the grassroots needs to do a lot more research on these races determine how we can support the best of those who have stepped up in this fight.  Sadly, there were some districts which had just as good demographics or better than these, but no GOP challenger emerged.

Tom Glass lives in Lee County, Texas.  He was a Republican Candidate for Texas House District 17, is on the RPT Platform Committee from SD 18, the head of Texas Legislative Priorities, and Texas Constitutional Enforcement.  He spends lots of his time focused on persuading the Texas legislature to pass strategic liberty-oriented legislation.