Today’s featured Republican State Rep nominee who has the chance of replacing a Democrat in the 2022 general election is Michelle Lopez of Kyle in HD 45.  HD 45 covers the eastern half of Hays County and includes the cities of San Marcos, Kyle, Buda, Niederwald, and Uhland.  After redistricting, HD 45 is only D+5, making it theoretically one of the easiest current Dem districts to flip. 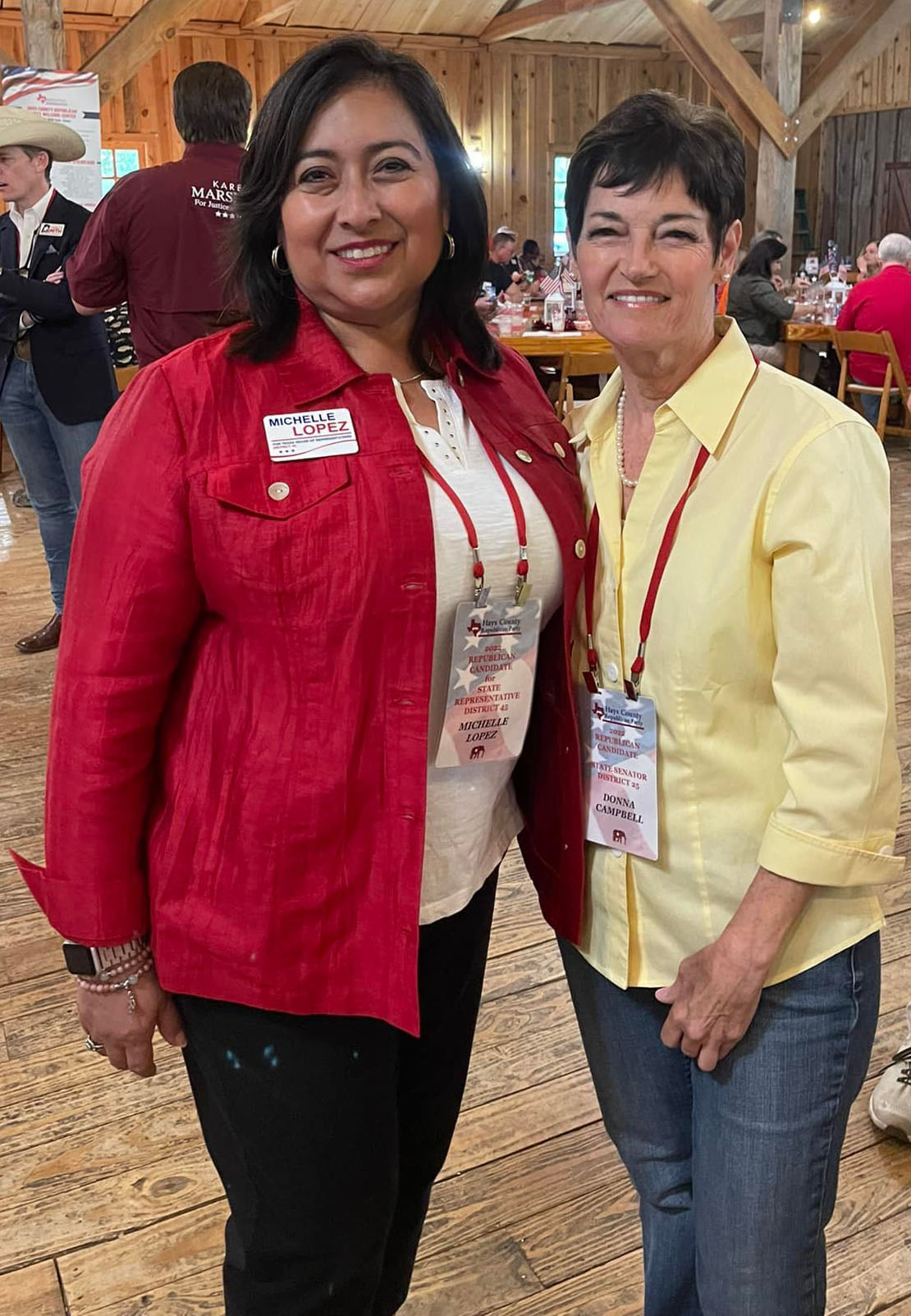 Michelle Lopez has served for three terms on the Kyle City Council, including service as Mayor Pro Tem and a long history of Hays County community involvement.  She has three degrees, including a bachelor’s from what used to be called Texas Women’s University, a master’s degree in education from Texas State, which is in HD 45, and a PhD in educational administration from Texas A&M University.  She runs a consulting company that focuses on executive and team coaching, personal branding and career development.

The Dem two-term incumbent in HD 45 is Erin Zweiner, who has posted about how much she admires Massachusetts U.S. Senator and abuser of affirmative action for Native Americans, Elizabeth Warren.

Michelle Lopez does not focus much on issues on her website or Facebook page, so I don’t know how committed she is to the RPT Legislative Priorities.  She is an active member of her Catholic Church and is married with one son, so she is presumably committed to traditional family values.  I know that she would be better on that score than Erin Zweiner!

You can donate and volunteer to help Michelle Lopez at:  https://www.lopezforhd45.com/

This picture is of Michelle Lopez on our left, standing with State Senator Donna Campbell, whose SD 25 includes a small part of HD 45.  (The bulk of HD 45 is now in SD 21 currently being served by Dem Judith Zaffarini.  The active GOP challenger in SD 21 is Julie Dahlberg.)